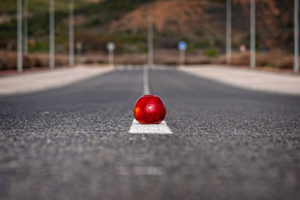 Now I don’t know about girls, but I know for sure that when guys get into their teen years, they start to slowly notice something. Girls are… pretty?! Wait, what?! When did that happen? One minute I was running from girls because “AAAAAHH! Cooties!” Now I’m too nervous to talk to them. That’s just great… The sad truth is that as you get older, this thing called lust, or as I like to call it “taking the second look,” becomes a very real struggle. It’s not a matter of if, it’s when. I know it’s been a struggle in my life, as well as others. The hard part is dealing with it. What does God say about this issue?

Now you may be saying to yourself, “Come on, the Bible was written so long ago. There’s no way it talks about MY struggles.” Well actually, lust is something that has existed since sin first entered the world, so lust has been around for quite a while. As I flipped through the Bible, I found a ton of examples of it, and verses on how to battle it. For example, Psalm 101:3 says, “I will not look with approval on anything that is vile. I hate what faithless people do; I will have no part in it.” In this verse, lust is called “vile,” as it is another form of sin. As Christians, we are to run as far away from sin as we can. Sure, other people might be doing it, or even taking it a step further, but that doesn’t mean we take part in it. As John 17:15-16 says, “I do not ask that you take them out of the world, but that you keep them from the evil one. They are not of the world, just as I am not of the world.” We are to set a good example for the rest of the world. We are God’s tools to shine a light in the dark. We can only set an example if we show the world how different we are.

I understand that often it’s extremely hard to not take a second look at someone, but here’s the thing. The chances of you marrying this person you’re looking at, are honestly very low. And in Matthew 5:28, it says, “But I tell you that anyone who looks at a woman lustfully has already committed adultery with her in his heart.” This means that every single time you look at someone in an inappropriate way, you have just committed adultery with not just another person, but someone who will probably end up being another person’s wife/husband. That’s a little freaky if you ask me.

Lastly, the biggest thing we need to do to fight against lust is to cry out desperately to God. He knows and understands everything you’re going through. By ourselves, we can do nothing. 1 Corinthians 6:13 says, “You say, ‘Food for the stomach and the stomach for food, and God will destroy them both.’ The body, however, is not meant for sexual immorality but for the Lord, and the Lord for the body.” I would encourage you to set off time every day to pray and read at least a chapter in the Bible, just so you can have a moment in the day to spend with Jesus. From experience, I can tell you that there is a huge difference on how my day goes, depending on whether I take time to talk with God and when I brush it off.

Lust is a big deal. If you let it consume you, it can lead to other things. Like a row of dominoes, knock one over and the rest will follow. It becomes a drug until you look back on your past and wonder how it all went wrong. Don’t let it control you. Cry out to Jesus. Lean on Him in the hard times. Try to go it alone, and you will fail. I know because I’ve done it. We all have at one point. I also ask that you tell someone about your struggle. We aren’t meant to walk this path of life alone. Maybe you could keep each other accountable. Don’t try to wait this out. Let our Savior change our hearts of stone.