How Far Is Too Far? 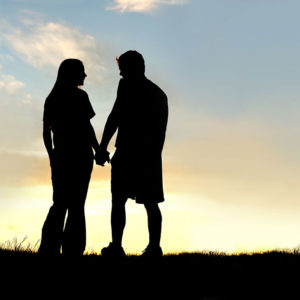 I am going to be honest for a second. As of writing this, I have not yet gone on my first date, had my first kiss (which I plan to have on my wedding), and I’ve never had a girlfriend. I have, however, struggled with lust quite a bit. And yes, I’ve had many crushes (obviously). Despite this, I’m going to try and give a statement about this topic that many before me have discussed. While dating someone, what do you think is okay? Kissing? Holding hands? Sex? What is allowed within this kind of relationship? But more importantly, what does the Bible say about how far you can go?

Let’s get the easiest one out of the way first. Simply put, sex before marriage is definitely not something anyone should be doing, as sex is meant for ONLY a husband or wife. It’s how sex was meant to be experienced. As it says in 1 Corinthians 6:18, “Flee from sexual immorality. Every other sin a person commits is outside the body, but the sexually immoral person sins against his own body.” (ESV) It seems very simple to me. Sex before marriage is just wrong, and not what God intended. It twists what sex is actually supposed to be. Now, you can make the argument that you both love each other and that you guys WILL get married eventually. That could happen, but you also don’t know what the future holds, and if you don’t end up getting married, you will be left completely broken.

What about the rest? Could something as simple as a kiss, or even holding hands be taking it too far? I’m going to be honest, I don’t think there’s actually a set in stone answer for this one. I do, however, have an answer, which is: It really depends on the person. This may sound like a lazy answer, but let me explain. Each person is different in how they can take when it comes to touching or kissing. Some people won’t be “turned on” as quickly as others when they hold hands. Others, however, can be led to lustful thoughts much easier. Your job is to stay away from any thoughts of lust, whether you’re dating or not. As it says in Matthew 5:28, “But I say to you that everyone who looks at a woman with lustful intent has already committed adultery with her in his heart.” (ESV) It also says in Galatians 5:16, “But I say, walk by the Spirit, and you will not gratify the desires of the flesh.” (ESV) Finally, in Romans 8:8, it says, “Those who are in the flesh cannot please God.” (ESV) All three of these verses priorities remaining in the Spirit. That is most important when knowing how far to go. Now, some of you might not be one-hundred percent sure how much you can take. With that said, I encourage you to talk with friends and family (especially your parents) about how far you think you should go, then discuss it with whoever you’re dating. I personally think that holding hands isn’t as bad, but tread carefully when it comes to kissing. But again, talk with others about it.

In conclusion, sex before marriage is definitely not something you should indulge in. Anything before that should be discussed with your parents, and then maybe with some other friends and family, as well as with whoever you’re dating. Be very careful with this. Just remember, that Jesus always comes first.