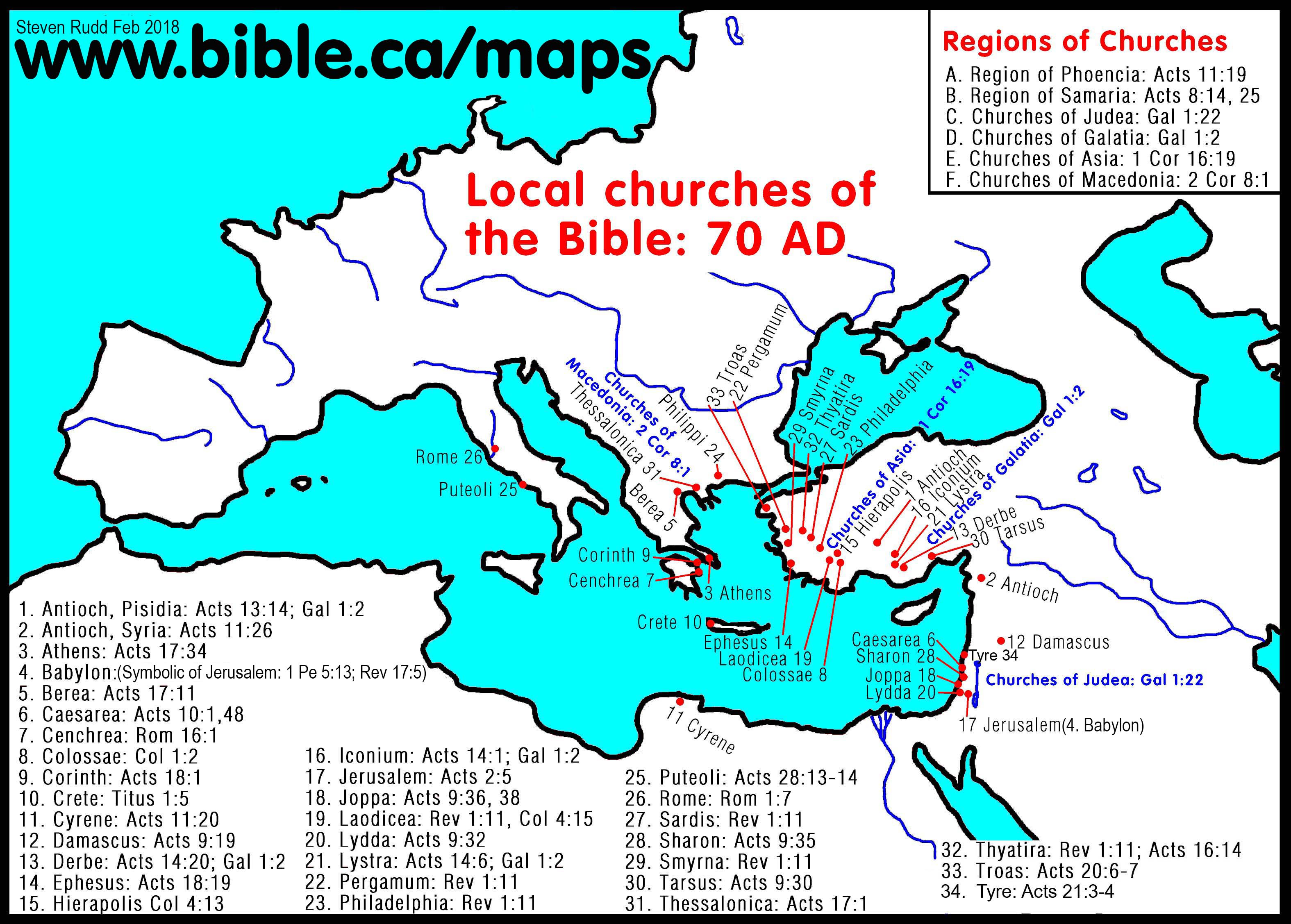 The Holy Apostle Evodius of the Seventy was, after the holy Apostle Peter, the first bishop in Syrian Antioch. His successor, the Hieromartyr Ignatius the God-Bearer (December 20), disciple of the holy Apostle John the Theologian, mentions him in his Letter to the Antiochians: “Remember your blessed father Evodus, who was made your first pastor by the Apostles.”

Saint Evodius served as bishop for 27 years and died as a martyr under the emperor Nero (54-68). Saint Evodus wrote several compositions. In one of them he writes that the Most Holy Virgin Mary gave birth to the Savior of the world at the age of fifteen.

Other writings of the saint have not survived. A book entitled THE STAR is mentioned by the fourteenth century church historian Nicephorus Callistus. Saint Evodus received the crown of martyrdom in the year 66.

Saint Andrew was born according to the Christian tradition in 6 B.C in Galilee. The New Testament states that Andrew was the brother of Simon Peter,[3] and likewise a son of John, or Jonah. He was born in the village of Bethsaida on the Sea of Galilee. Both he and his brother Peter were fishermen by trade, hence the tradition that Jesus called them to be his disciples by saying that he will make them “fishers of men” (Greek: ἁλιεῖς ἀνθρώπων, halieis anthrōpōn).[4] At the beginning of Jesus’ public life, they were said to have occupied the same house at Capernaum.

In the Gospel of Matthew (Matt 4:18–22) and in the Gospel of Mark (Mark 1:16–20) Simon Peter and Andrew were both called together to become disciples of Jesus and “fishers of men”. These narratives record that Jesus was walking along the shore of the Sea of Galilee, observed Simon and Andrew fishing, and called them to discipleship.

In the parallel incident in the Gospel of Luke (Luke 5:1–11) Andrew is not named, nor is reference made to Simon having a brother. In this narrative, Jesus initially used a boat, solely described as being Simon’s, as a platform for preaching to the multitudes on the shore and then as a means to achieving a huge trawl of fish on a night which had hitherto proved fruitless. The narrative indicates that Simon was not the only fisherman in the boat (they signaled to their partners in the other boat … (Luke 5:7)) but it is not until the next chapter (Luke 6:14) that Andrew is named as Simon’s brother. However, it is generally understood that Andrew was fishing with Simon on the night in question. Matthew Poole, in his Annotations on the Holy Bible, stressed that ‘Luke denies not that Andrew was there’.[5]

In contrast, the Gospel of John (John 1:35–42) states that Andrew was a disciple of John the Baptist, whose testimony first led him, and another unnamed disciple of John the Baptist, to follow Jesus. Andrew at once recognized Jesus as the Messiah, and hastened to introduce him to his brother.[6] Thenceforth, the two brothers were disciples of Christ. On a subsequent occasion, prior to the final call to the apostolate, they were called to a closer companionship, and then they left all things to follow Jesus.

Subsequently, in the gospels, Andrew is referred to as being present on some important occasions as one of the disciples more closely attached to Jesus.[7] Andrew told Jesus about the boy with the loaves and fishes (John 6:8), and when Philip wanted to tell Jesus about certain Greeks seeking Him, he told Andrew first (John 12:20–22). Andrew was present at the Last Supper.[8] Andrew was one of the four disciples who came to Jesus on the Mount of Olives to ask about the signs of Jesus’ return at the “end of the age”.[9]

Eusebius in his Church History 3.1 quoted Origen as saying that Andrew preached in Scythia. The Chronicle of Nestor adds that he preached along the Black Sea and the Dnieper river as far as Kiev, and from there he traveled to Novgorod. Hence, he became a patron saint of Ukraine, Romania and Russia. According to tradition, he founded the See of Byzantium (later Constantinople and Istanbul) in AD 38, installing Stachys as bishop. According to Hippolytus of Rome, Andrew preached in Thrace, and his presence in Byzantium is also mentioned in the apocryphal Acts of Andrew. Basil of Seleucia also knew of Apostle Andrew’s missions in Thrace, Scythia and Achaea.[10] This diocese would later develop into the Patriarchate of Constantinople. Andrew, along with Saint Stachys, is recognized as the patron saint of the Patriarchate.[11]

Andrew is said to have been martyred by crucifixion at the city of Patras (Patræ) in Achaea. Early texts, such as the Acts of Andrew known to Gregory of Tours,[12] describe Andrew as bound, not nailed, to a Latin cross of the kind on which Jesus is said to have been crucified; yet a tradition developed that Andrew had been crucified on a cross of the form called crux decussata (X-shaped cross, or “saltire”), now commonly known as a “Saint Andrew’s Cross” — supposedly at his own request, as he deemed himself unworthy to be crucified on the same type of cross as Jesus had been.[13] The iconography of the martyrdom of Andrew — showing him bound to an X-shaped cross — does not appear to have been standardized until the later Middle Ages.[14]

The Acts of Andrew

IGNATIUS was bishop of Antioch for forty years, probably from AD 67 – 106, and became a martyr. Most likely he studied under the Apostle John.

Ignatius was an energetic man who raised the church of Antioch to prominence and dominated the surrounding region. In fact, he was the prototype of bishops as later understood by Rome—distinct from priests and deacons, and possessing authority over a region. Ignatius demanded submission to the office of the bishop. He also is the first writer known to have spoken of the church as “catholic,” meaning “whole” or “universal.”

During the reign of Trajan, Ignatius’ influence brought him into trouble with Roman authorities. Christianity was an illegal religion. Trajan arrested him and sent him to Rome.  It was a long and difficult trip, sometimes by land, sometimes by sea. Ignatius was chained between soldiers, who treated him more cruelly the kinder he was to them. At stops along the way, messengers from churches met him with words of affection and sorrow. Ignatius hastily wrote letters for them to take back to their congregations. These letters shed light on his thinking and on church conditions at the start of the second century. So famous were they that people forged additions to support their own positions. Seven of the ones we now have are genuine.

One of the letters was written to Rome, the city where Ignatius was to die. Ignatius’ convoy moved so slowly that a messenger going ahead had time to get there before him. He pleaded with Rome’s Christians not to try to save him. “Nearness to the sword is nearness to God; to be among the wild beasts is to be in the arms of God; only let it be in the name of Jesus Christ. I endure all things that I may suffer together with him, since he who became perfect man strengthens me.”

The public spectacles were about to close for the day when Ignatius at last reached Rome. He was hustled to the arena and thrown to two fierce lions, who immediately devoured him. According to tradition, he died on this day, 17 October 107.