This hypertext document contains pointers to Internet-accessible files relating to the early church, including canonical documents, creeds, the writings of the Apostolic Fathers and other historical texts relavant to church history. The latest version of this document is available at http://www.iclnet.org/pub/resources/christian-history.html. Additional resources or corrections should be directed to the document maintainers at njb@iclnet.org. 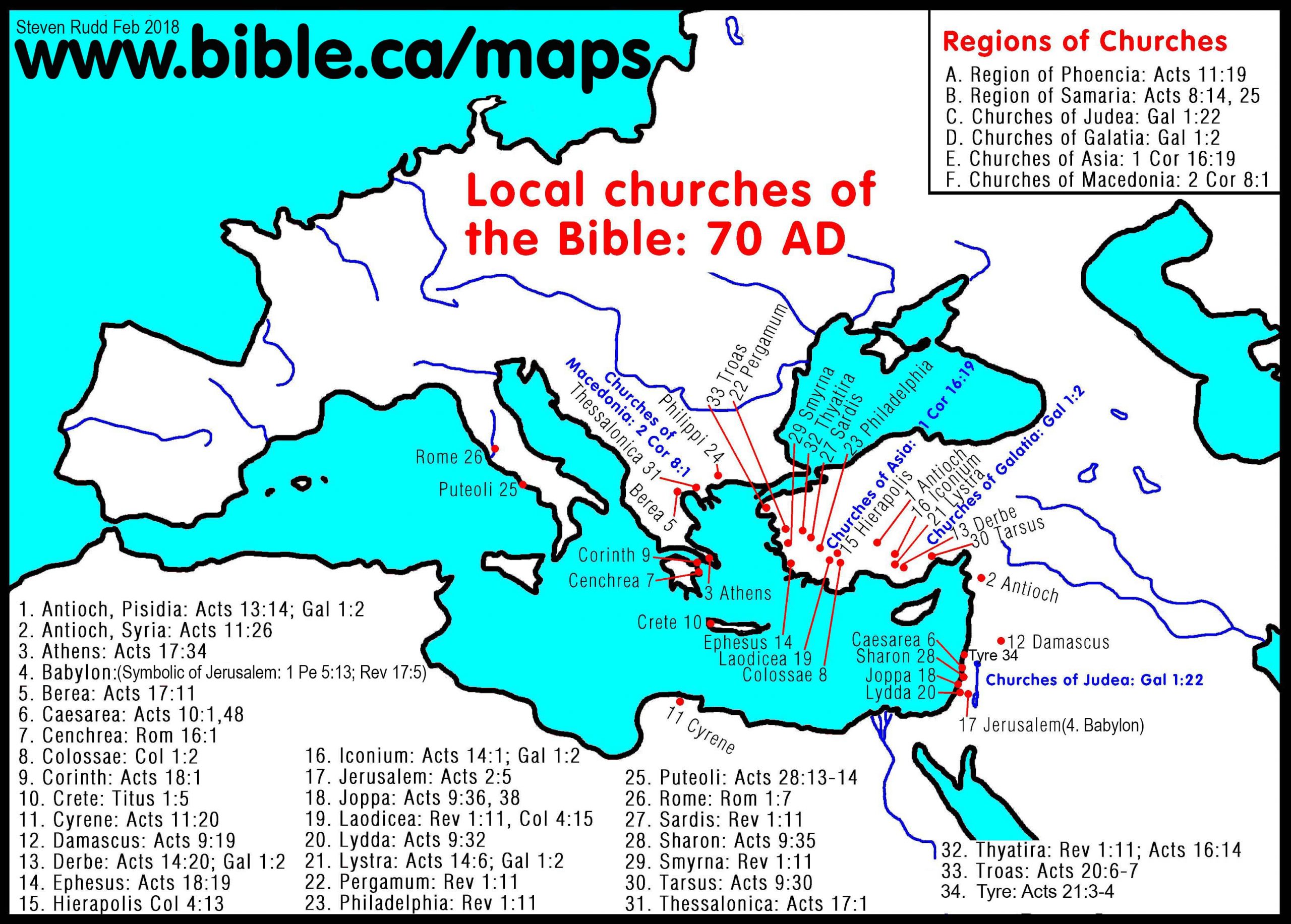 AD 29-33: Jesus is crucified, rises again, and the church begins at Pentecost.

33-100: Apostolic era; independent churches spread around the Roman empire and beyond.

Great Persecution and Rise of Constantine to Power

311: Galerius dies from a disease that Christians attribute to the judgment of God.

312: Constantine has a vision of a Christian symbol similar to the cross, and inscribes the symbol on the shields of soldiers, and defeats Maxentius to unite the western empire.

Events Leading to Council of Nicaea

AD 268-312: Lucian, an elder in Antioch, heads a theological school that trained early leaders of Arianism. Lucian dies as a martyr in communion with the church in 312.

318: Arius, an elder in Alexandria, tells Bishop Alexander the Son did not exist before God in the beginning.

321: Arius is excommunicated by the council of bishops and moves to Nicomedia, where he is welcomed by Eusebius.

321-325: Arius and Eusebius teach their doctrine to sailors, merchants, and children, and write letters to other bishops trying to spread the Arian belief.

324: Constantine defeats and then executes Licinius, and unites the entire Roman Empire under his rule.

325: Constantine offers transportation to all bishops to come to Nicaea for a council to resolve the Arian controversy.

Council of Nicaea and Afterward

AD 325: Council of Nicaea is held in the summer. Arius is banished along with Theonas and Secundus.

325-326: Eusebius of Nicomedia and Theognis of Nicaea are banished (probably).

328: Eusebius and Theognis write a letter of recantation, stating Arius also has been received back from exile. Constantine restores them to their cleric positions.

328-335: Constantine orders the church in Alexandria to talk with Arius; Athanasius refuses.

335: Council of Tyre, led by Eusebius of Nicomedia and Theognis of Nicaea, attempts to convict Athanasius of various crimes but fails. Constantine calls major bishops to Constantinople, then expels Athanasius.

336: A council in Jerusalem restores Arius but he dies on the way to Constantinople for his first communion and his banishment. Supporters say he was poisoned; opponents say he was judged by God.

337: Constantine is baptized by Eusebius of Nicomedia, dies several days later, and leaves the empire to his three sons: Constantine II, Constans, and Constantius. Constantine II sends Athanasius back to Alexandria.

337-361: Constantius, emperor in the east, embraces Arianism, installs Arian bishops in many cities of the east, resulting in general pandemonium.

339: Eusebius of Caesarea, known as the father of church history, dies.

341: Constantius brings Eusebius from Nicomedia to Constantinople. Eusebius calls a council in Antioch to affirm a new creed and expel Athanasius from Alexandria. Western bishops reject the creed.

347-348: Constans threatens Constantius with civil war if he does not reinstall Paul and Athanasius as bishops. Constantius agrees and orders their cities to support them.

348: (Approximate date) Athanasius calls a council in Jerusalem, and two leading Arian bishops–Ursacius and Valens–temporarily embrace the Nicene Creed. Athanasius then alienates most eastern bishops and Constantius by appointing elders in other jurisdictions.

350-361: Constantius overthrows Magnentius, then tries to spread Arianism in the west. He removes bishops in the west and the east, replacing them with bishops espousing Arian opinions.

356: Liberius, bishop of Rome, is banished, and Athanasius is forced to flee Alexandria for his life.

358: Liberius is restored to his position after signing a creed with Arian sentiments under duress.

359: Council of Ariminum is held in the west and Council of Seleucia in the east. Both councils approve an Arian creed, but numerous bishops, especially in the west, object. Jerome later mourns that at this point, “The world groaned and was astonished to find itself Arian.”

361: Constantius dies, and Julian the Apostate becomes emperor in the east. He embraces paganism and recalls all the

bishops Constantius banished, perhaps hoping the Christians will battle each other into extinction, He also introduces persecution against Christians.

363: Julian is killed in battle with the Persians, and Jovian becomes emperor. Jovian supports the Nicene Creed without violence, bringing growing peace to the east, but he dies of illness after seven months. The Acacian sect of Arians embraces the Nicene Creed.

375: Gratian, a nephew of Valens, becomes emperor in the west and supports the Nicene Creed.

375: Valens defeats the Goths, gives them mercy, and they embrace Christianity, becoming Arians. Barbarian tribes remain Arians for at least a century.

378: Valens is slain in another battle with the Goths.

378-381: Gratian recalls all banished Nicene bishops in the east, but allows various sects to worship unmolested in their own churches.

379: Gratian appoints Theodosius as emperor in the east to replace Valens.

381: Theodosius calls a council in Constantinople to affirm a modified Nicene Creed. 150 bishops arrive from the east, plus Macedonian bishops whom the emperor wished to convert–but they refuse and leave the meeting. This council becomes remembered as the “Second Ecumenical Council of the Church.”

383: Theodosius requests a defense of the faith from all four major sects. After much prayer and consideration, he decides on the homoousian party. This event ended the Arian controversy and constituted the final victory for the Nicene Creed. Arianism does not disappear but is considered unorthodox and outside the faith of the church.

(Source: Adapted from Decoding Nicea, a book by Paul F. Pavao, published by The Greatest Stories Ever Told, 2011)