100 Most Significant Events in Christian History 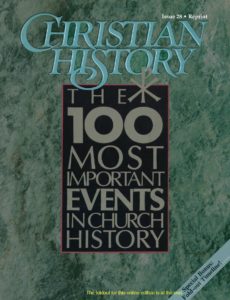 The title of each event will link you to an article on the Christian History website that describes the event and why it is significant.

You can also download a pdf of this issue here.