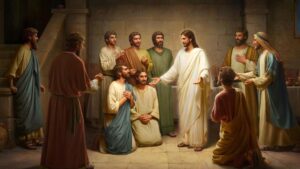 Somewhere along the way the church did less teaching and more entertaining. Our culture changed and our churches followed the culture. Faith In Action Lutheran Church wants to return to  an emphasis on:
1. Teaching
2. Meaningful worship,
3. Intense Bible Study, and a better understanding of the History of our Christian Faith.
4. Ministry
5. Apologetics
6. Laity Training
7. Discipleship

Several Pastors have written articles on  the teaching church and some of the main points are included here:

Christian teaching in the early church. by Glenn Hinson

Teaching was the lifeblood of the early Christian Church. The Hellenistic. World into which the church was born. Pointed proudly to its great teachers. Judaism. Christianity’s historical antecedent. Was a religion of teachers. Jesus of Nazareth, through whom and because, of whom the church was founded. Was a teacher of teachers. It was natural, then, that teaching should  Hold an eminent place in a ministry of the early church. And one justifiably turns   to it for guidance concerning the Teaching Ministry of the Church today. By Glenn Hinson

Vance Pitman is the senior pastor of Hope Church in Las Vegas, Nevada. As a seasoned church planter who has commissioned more than forty churches, and now as a national mobilizer for NAMB, Vance seeks to promote awareness that the gospel is very needed in the United States as well as all over the world. You can follow him on Twitter at @VancePitman

Characteristics of the early Church

Originally from Ireland, James is the pastor of Glasgow Elim Church. He accepted that post in 2009 and was previously associate pastor at Reading Elim moving from there to lead El